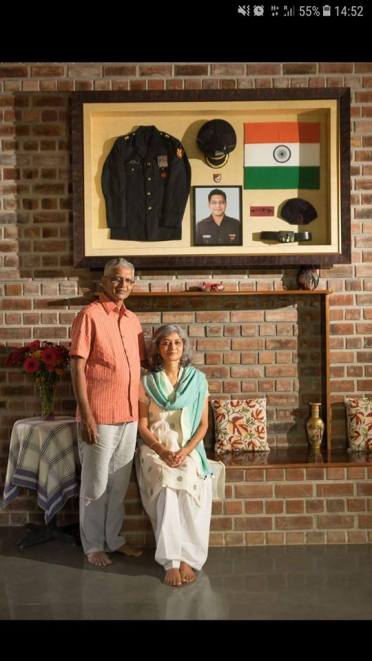 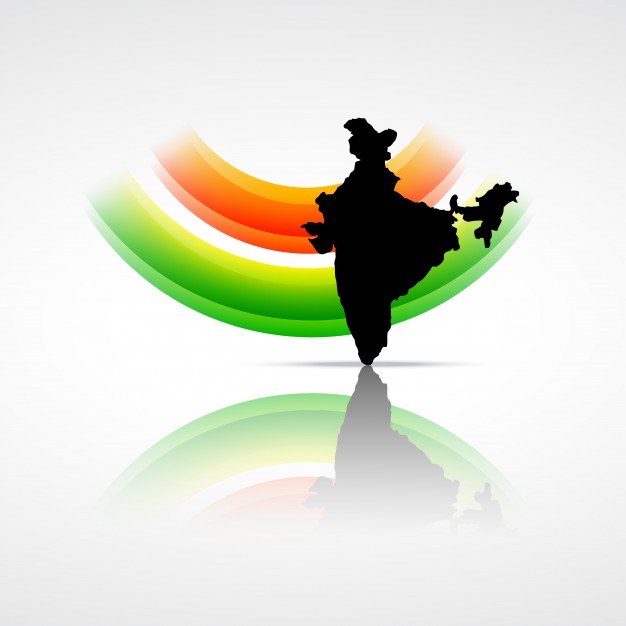 I had absolutely no intention of writing on my blog this month. In trying to make conscious efforts to live life more like how it was, before Akshay had to leave, our social calendar has been made a lot busier. I also felt I should reach out to all of you only over issues that touch a chord. Not to repeat what has already been shared, but to connect us for something more purposeful.

That decision to not write changed suddenly last night when Kiran, a young reader of my blog, suddenly reached out to say how upset she was over a whatsapp forward of a Map of India. Her anguish is over an image that was being rapidly spread among young impressionable youth. Horrified over the image set as the profile picture of a junior colleague, She sent a message saying ‘Maam, because of some filthy characters who rape, we cannot demean a country’s Map. The Map represents stories of unsung heroes who gave their lives to uphold its territorial integrity.’

We have all seen multiple maps of India- geographical, creative cultural depictions and some patriotic ones with the Tiranga. When she forwarded this particular picture to me, I was so shocked that for a while, I couldn’t even bring myself to look closely at it. When I did, I agreed with Kiran. While I cannot bring myself to share that picture with you all, let me try and describe it so you can imagine and visualize it on your own.

A tiny outline map of our beloved country is positioned between a pair of female legs. The background is blood red, the legs are white, long and shapely. Our motherland is positioned as the female vagina and is blood red. Its eastern and western regions are spread red on white thighs, while the southern region opens into the blood red background. At the bottom is the following text ‘This Country Bleeds in its Rape Culture’ with a tagline in capitals that states; AS IF ANYONE CARES. Above the image, the text says ‘This graphic punched me in the chest. #Powerful. I’m told the creators don’t want their name publicized’.

A mixture of emotions engulfed me. Don’t we all as Indians weep in anguish and abhor rapists of our children and women? Haven’t we all strongly condemned and protested these crimes and demanded justice for Nirbhaya and Asifa? Yes, we are shattered at the sexual violence perpetuated in our societies.  But is this how our country’s image should be defiled and all citizens be branded as participants in a ‘rape culture’?

Sadness and shock is not only at the insulting depiction of my motherland, but also anger at how anyone could stoop so low in the name of ‘creative/artistic freedom. It is these emotions that pushed me to write this post. To people like Kiran and countless others, this graphic only demeans our country which includes all of us as its citizens. More shockingly, it insults all our heroes, past and present, who fought for and died protecting us, while ensuring the borders of our unique and diverse democracy remained intact. Doesn’t the map of our country represent their stories of courage and patriotism when they gave their all for our flag to fly free? Do we, the overwhelming majority of decent law-abiding, respectful citizens represent our country’s culture, or should we accept that a small, despicable percentage of criminals who rape and murder represent us as a people and as a Nation? 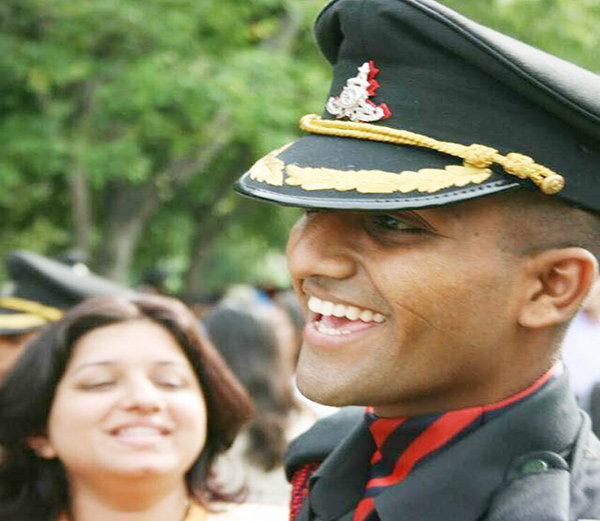 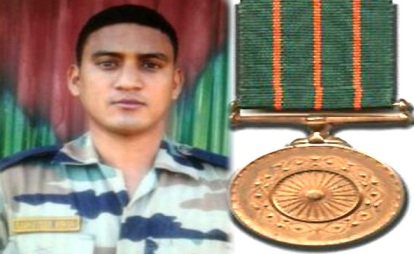 Last night, as I went to bed, sleep again eluded me. A few days ago, we had watched the respectful, emotional Investiture Ceremony at Rashtrapati Bhavan when our martyred heroes Major Kunal Gosavi and Lance Naik Raghubeer Singh were posthumously honoured with gallantry awards. Did they fight for and sacrifice their lives for their country to be shamed in this way? When I finally fell asleep, a dream conversation with Akshay began. His usually bright, smiling face was sad and the luminous eyes had a strange expression. The lines around his mouth and the furrow on his brow told me of his anguish.  ‘Write about this ma’ he seemed to be saying. ‘Don’t let our young people believe that our country is beyond hope. When a majority of Indians are caring, responsible, law abiding citizens, how can we let our youth be swayed by such treacherous stuff? Do whatever you can to have them focus on contributing to a better India. By taking responsibility in every situation. Just as we all did. Nothing is achieved by believing all is lost.’

Sarit walked in this morning just as I began to look for information to try and present the truth about our country, rather than just an emotive argument. Not sure of what data I would find to share, I did not raise the issue that had left me disturbed and sad. After coffee and chit-chat, Sarit left. I got back to reading because I really needed to know. In recent years, where does India stand, in terms of rape and violence against women and children?

In August 2017, in her article on women safety ( https://breathedreamgo.com/is-travel-in-india-safe/), Mariellen Ward talks about the much publicized rapes in India. She says ‘India is not, in fact, the “rape capital” of the world. There are many countries with worse rape statistics. In fact, the USA, New Zealand, Sweden are all in the top 10; and South Africa seems to be almost in a class by itself. You are welcome to Google “worldwide rape statistics” to see for yourself’.

To the anonymous ‘creators’ who ‘don’t want their name publicized’, I would like to ask a question. Have they designed and released such images of all the other countries that are worse than India in their ‘rape culture’? And what about all those countries where lack of democracy and freedom of speech and expression make it impossible to even collect and compile data on violence against women and girls? Will they for instance try doing this with the map of Pakistan? Have they selectively painted this picture of India because they know they will not be identified and hunted down, as they probably would in many other countries? Is this what their ‘creativity’ is all about?

To be sure I am not selectively taking from an individual’s opinion, I look up statistics from more ‘widely accepted’ sources. India is not among the ‘Failed States’, nor among the ‘Fragile States’, nor where Human Rights Violations are high. It is in fact designated as ‘Stable’ in 2018(Fund for Peace). Which means we live in a comparatively peaceful society, Law Enforcement exists and our Justice System is fairly robust.  Why then is our only our country being shamed?

I want to say this loud and clear- to myself and to each of you who may be feeling sad and upset. Rape is not our culture. It is an abhorrent crime that exists across continents, regions, countries, religions, and communities around the world. Yes, we need to fight for a better country and better world. Not by shaming our motherland but by doing all we can to confront perpetrators and demand justice.

I seek your opinion on how you feel about ‘artistic freedom’ Vs ‘love for motherland’. The Map represents India. Just as our Flag does. Does this chilling depiction guarantee justice for Asifa or the many other children and women who have been brutalized? My stand is clear. No. So what has it achieved in reality? It has demeaned my motherland and all of us as its citizens. It has insulted all crusaders and officials who fight for justice and the majority of our citizens who stand up for what is right. Above all, it has insulted every soldier who has protected my country at the cost of his life. To me this is unforgivable.

What led to Nirbhaya’s rapists and killers being punished had nothing to do with shaming our nation. Her killers were sentenced to death based on the clear testimony of her friend, who first tried to save her, and then stood by his statements throughout the trial. It was Sabrina’s fight, supported by others, that led to Manu Sharma being convicted, thereby ensuring justice for her sister Jessica Lal. More recently, it was a 16-year-old girl’s unwavering testimony and strong witness statements that helped the prosecution ensure Asaram goes to jail for rape. Yes, the united protests by a shocked nation acted as the pressure group for the government and judiciary to do the needful. Let us also open our eyes to the fact that a trial is on to ensure Asifa gets justice and let us be united in seeking the same for every victim and survivor.

We have many heroes among common citizens, who youth can look upto. A Railway Protection Force constable K Shivaji on Monday night overpowered a man who was trying to sexually assault a 25-year-old woman on an MRTS train and rescued the victim. Spare a thought to reflect on what your own contribution has been towards making our land safer and fairer. Have you always taken a stand to respect gender equality and tried to stop loose talk among friends? Have you done your bit to protect the kids in your family and community from sexual predators- known and unknown? If you have ever witnessed a crime, small or big, have you taken responsibility to assist the victim/s and co-operate with investigations, whatever effort it takes? I am sure some of you have done these and more, and I look forward to hearing about, learning from and sharing your experiences. It is these actions that will usher in a climate of justice for all.

Akshay also lived everyday of his life believing in goodness, taking responsibility for his actions and being as helpful as possibly could. The day he fought and sacrificed his life, he ensured the protection of 2 little children and their mothers, along with the lives of others. We pray they all stay blessed. He, like all our soldiers, did his best. Together, day after day and year after year,  they have all succeeded in making sure the map of our country stays intact.

A nation is made of people. Shaming your country is shaming yourself. Will that lead you to live a better life? As a mother to girls and grandmother to Naina, I have not lost hope for a better tomorrow. Not even after losing my beloved and most precious Akshay. That faith now rests in you- the youth of today, as our leaders of tomorrow. To all young people out there who may have seen and inadvertently forwarded that horrific, insulting image, I urge you not to blame and shame our motherland. I hope each one of you will use your voice, your pen, your brush, your hands or whatever else you possibly can, to take responsibility and fight for what is right.

As always, I look forward to your valuable comments, suggestions and actions. And I thank young Kiran for setting off this post.

God bless you all. God bless my country.

P.S. Photo of Girish and me with Akshay is by ‘Being You’.

28 thoughts on “CONNECTED BY AKSHAY: WE THE PEOPLE OF INDIA”