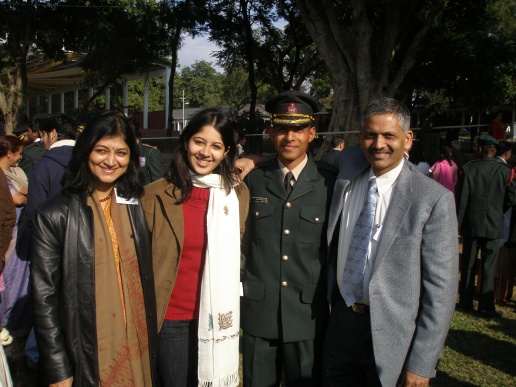 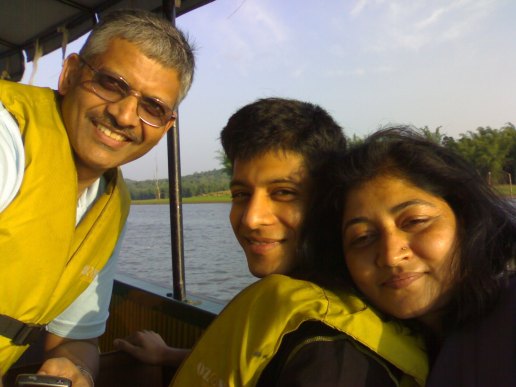 Friends had been wishing us a ‘better new year’, and until the eve of 2017, Girish and I felt it had to be better than the terrible one going past. After all, what could be worse than the year 2016 – one that had snatched away our precious child?

At home, with Akshay’s memories, well before the stroke of midnight, we suddenly wanted to hold on to 2016 and not let the year move on!

The mind and heart have a strange way of being inconsistent in thought and emotions.  Trying to analyse  the inconsistencies of mood through another sleepless night, by about 3AM on 1st January 2017, I finally understood why I felt such an emotional wreck and wanted to hold on to the year that was. Turning to an equally upset Girish I blurted out “Saabji, at least we had Akshay for almost 11 months last year. This year ….and the next….and forever from now on……. till we are….. no year will have our raja beta.”

With a very heavy heart, I pull myself together and gather the courage to continue Akshay’s story, my way.

Once again, this story is taking me backwards and too many recollections are jostling for space on this page. Thoughts of Akshay, the little boy, and how he would react to situations, a special mother-son bond despite some heated arguments (when Neha would call a truce) and how he has always been my ‘sounding board.’ Strange as it may seem, Akshay, while retaining his childlike enthusiasm and cheerful disposition at all times, was the one I often relied on for advice or for answers to a problem.  Always an intuitive young person, he had an uncomplicated way of dealing with things, and his way worked. Since he was 5 years old, when I was angry, he would wait for me to calm down before reaching out with an innocent “abhi aapka gussa thanda ho gaya (has your anger cooled down)? This would be followed by a “paani laa doon ma (shall I get you water mummy)?” His reaching out with love made me respond with hugs and kisses. One day, little Dhruv had a bandage on his head and told Akshay he was hit by a stone that Akshay threw at him after a fight. Decades later, Akshay confided he often had nightmares thinking of how he had once hurt Dhruv! Even when ‘Chitti mama’ clarified that the stone hadn’t even touched Dhruv, Akshay refused to believe him saying “you all have forgotten – I did hurt him!”

Growing up, Akshay at about 15 was once very angry at me because I enforced the ‘home by 7.30 rule’ equally, for both Akshay and Neha. He said “mere friends mujh pe hanste hain(my friends laugh at me) because even though I’m a boy, you don’t let me stay out late.” I told him the rule applied irrespective of gender and that since they were both the same age, I didn’t think it was fair to let him stay out later than Neha. We were both upset and sought refuge in our respective rooms. In a few minutes, Akshay had not only calmed down but came to me with an apology, accepting that he was wrong. Since that day, Akshay would make it a point to be back home on our mutually agreed time.

Akshay never hesitated in saying ‘sorry.’ He always believed that relationships were precious and ego had no place in them.

When young Satwik was going through his own adolescent angst after class 9 and getting into trouble with teachers at school, Girish and I thought it best to have him under our care for a year. I was however nervous about raising the topic with Satwik, fearing he may refuse to move in with us, as he enjoyed more freedom in his grandparents home. After all, I was known as this ‘strict Chinni aunty.’  Akshay stepped in to say, “Ma, don’t make it a big deal. Just take him out for an ice cream and tell him you would be happy to have him home, now that Neha, Dhruv and I are away.”  The simple strategy, if one can call it that, worked like a dream! Satwik went on to do well in class 10, and I like to think it also brought us much closer together. For Girish and me, it was like having a third child back in our home!

Moving forward from where the fifth part of the story had meandered, I bring you back to Akshay finishing his training at NDA. Having lived and breathed NDA for six semesters, it was time for the Passing Out Parade of the 111 Course.  The astounding, unforgettable show of youthful enthusiasm in military precision and discipline also marked their successful 3 year training, where boys enter to graduate as men, ready to take on the long and difficult road ahead, in service of the nation.

Seated since early morning, Akshay’s grandparents, Girish & I, and our nephew Vaibhav can never forget the stunning spectacle of hundreds of young cadets striding out of massive gates at the other end of the Khetrapal Parade Ground, and marching in perfect step to an impressive Band. The goosebumps and the lump in our throats stayed right till the end of the ceremony, and as Akshay and his mates jubilantly threw their berets high into the air and did their ‘josh push-ups’, every person watching felt insanely happy for the young men! They say the NDA prepares the youngsters for any eventuality- to enable them to stand up in defence of the nation- on land, in sea, or air. This was also the time for separation in a way, because course-mates who were good friends but cadets of different services (Army, Air Force and Navy) would no longer be training together. The pranksters group of Akshay+Aditya+Akshay+Ishaan would also be going their separate ways!

After NDA, our Akshay was off to the Indian Military Academy (IMA) at Dehradun for the final year of training as a GC (Gentleman Cadet). As Akshay would tell us, ‘the training is designed and graduated in a way that every day, not only do we get tougher, faster and more efficient but discover who we are and what we can become.’ He spoke of how a GC can realize his true potential of physical capabilities and mental strength through ‘control of emotions such as pain, hunger, fatigue and fear.’ He was most impressed with the focus on building leadership traits that enable a soldier to take a decision in complex situations – wherein lie higher values of selflessness, sacrifice, dignity and death over dishonor.

His trips between semesters at NDA and IMA were filled with some very happy get-togethers and vacations- notably England and Scotland with Dhruv and Satwik and Kashmir with Prabha and Ankit. Akshay loved catching up with all his friends (their tribe kept increasing!) and would urge us to plan our extended family re-unions when he was around. He would also be the one to take responsibility when the group of cousins (all boys except for Neha) went out and partied. If the young ones, Vaibhav and Satwik were drinking or being defiant, the big brother in Akshay would step in to keep them in check (a few arms have been twisted in doing so!) and he would make sure everyone was back home safe, and  protected from further parental lectures!

The period was also an important phase in Akshay’s life in terms of love and longing. It was a time when he moved beyond a confusing crush that did not have a future. I felt as if he was really listening to his inner self , to understand what love truly meant. Sangeeta, I suspect, was slowly and steadily taking centre-stage in his heart!

All too soon for Akshay, the IMA training was coming to an end. We had heard so much about the grueling training, the competitive sports (Akshay was good at Tennis), the fun and endurance trips to the hills around, and the ‘fantastic instructors’, who inspired – particularly Akshay’s favorite- Major Rajat.

Akshay’s was also the platinum Jubilee Course of the IMA and for the first time after 25 years, the then Prime Minister Dr. Manmohan Singh was the Chief Guest.

On a misty morning, he and his coursemates stood straight and proud on the Drill Square in front of the famed Chetwode Hall as the PM delivered his convocation speech. “I am truly delighted to be here today. It gives me great pride to review the Passing Out Parade of the Platinum Jubilee Course of the Indian Military Academy. The IMA flag has the Colours – ‘Steel Grey’ and ‘Blood Red’ with the motto, ‘Valour and Wisdom (Veerta aur Vivek)’. Each one of you is a proud soldier of India willing to perform your duty, without fear or favour, without any prejudice based on your ethnic, religious, linguistic, regional or caste identity. You are Indians first, and Indians last. I extend my heartiest congratulations to the proud parents and guardians of the cadets. Their pride is well justified; for the young men here are the creme-de-la-creme of our great nation. The nation reposes its trust in them. It looks to them with pride and with hope.

When the GCs marched for their POP, they looked spectacular and the ground vibrated as they sang the new IMA song written for the Platinum Jubilee Course by Javed Akhtar.

(Mother India, we promise to be your protectors),

(We will be your walls mother)

(We will become your swords mother)

(Who can dare to touch you?)

I urge you to use this link to actually see the GCs sing this song at the IMA Parade and to experience what we as parents felt.

On that day, the lump in our chest was one of amazement and pride- that our little boy- the tiny, weak little baby who didn’t even have the strength to cry, had by his grit and determination, achieved his dream of a ‘Presidential Commission’. Apart from Neha, Akshay’s aunt and uncle (Nagamani and Dr. N Rao) and our friends Srikant and Rajiv Mata were with us on Akshay’s big day. We, his happy, teary-eyed parents had the honour of putting the stars on to his shoulder tabs.  Our little boy Akshay was now an Officer of the great Indian Army and Lt. Akshay Girish Kumar was looking absolutely, heart-stoppingly splendid in his Olive Green uniform.

The famous Credo of the IMA states:

The IMA must be very proud that Akshay has lived up to the Credo.